World Day Against Aids in the SAP Peru Office 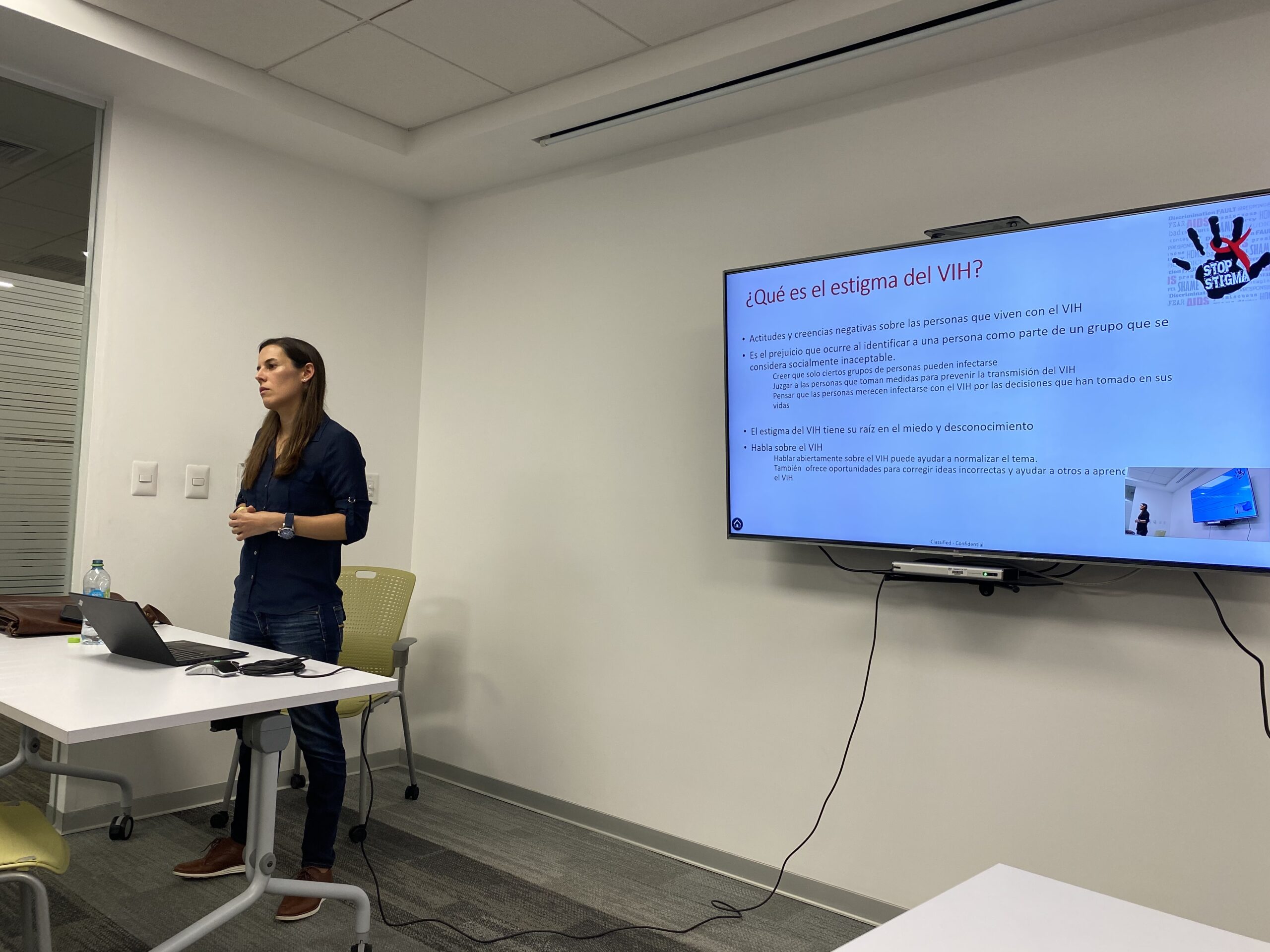 It was October 2020, and the World Day Against Aids was rapidly approaching on December 1st. The Pride@SAP Perú team realized that we needed to do something for this day being a very taboo subject and still heavily linked to the LGBTQ+ community. Since we had just deployed a small program to encourage people to attend to the network events, we decided to do a small red ribbon pin commemorating this day and to give out to all the possible attendees.

But before all this we were struggling to get a speaker, we did a basic google search and found out a couple of organizations that where linked, but they were more involved in testing and information sessions about preventive measures. As a last resort one of the team members put up a question on our big external Pride Connection Perú WhatsApp group chat. To our surprise one of the members said she could help us out, she is part of the network as a representative of Coca-Cola Perú, and her name was Gabriela Carriquiry. We set up a small call to discuss and it turned out she was part of the Health Affairs team in Coca-Cola and a degree biologist, now MD with a master in science specialized in control of infectious diseases, we were in shock, she knew everything about HIV and had even been part of a big Peruvian research program. She offered us to be the speaker completely free of charge and was excited about the idea and really loved that SAP was doing this internal track to educate its employees.

We started inviting the entire office through email, in Peru we have the SAP office and a separate Ariba office and decided we would be hosting the session in the SAP office and we would stream it remotely to a conference room in Ariba. The day came and people start pouring into the rooms, we had almost 30 attendees in SAP and 20 in Ariba. The one-hour talk was amazing, we pretty much got a complete background on HIV and we were delighted to have a class act speaker that knew everything about it. We learned about the history, the causes, the effects, the preventive measures and what was Peru doing to avoid the spread of this virus. We also had a discussion about the stigma that surrounds HIV and the LGTBQ community and why it’s completely wrong to link it. Gabriela even shared with a us a very interesting story of when she was a researcher and was doing field work got pinched with a contaminated needle and she was horrified about it but after they did the tests the needle was actually not contaminated so nothing happen to her. The entire audience was gripping with emotion while she told us this story, having a first-hand experience like this being told in this session really got people’s attention and reflection.

This was without a doubt, one of the best sessions we have done for employees as part of the network activities. We got great feedback about it after and people where happy, you could see the faces after we closed out. A lot of people that could not attend heard about it and asked us to record it next time because everybody had heard awesome reviews. This was pretty much one of the first sessions we did, and we were super excited about the fact that people really learned and reflected about this topic. Also, the fact that we had a conversation about the stigma around HIV was amazing. All of this proved to us that the objective of the session was achieved with better than expected results.